You are here :
AccueilAbout us

BoostAeroSpace SAS was founded by Airbus, Dassault Aviation, Safran and Thales, and is a hub for digital platforms to collaborate and secure data exchanges within the Supply Chain of Aerospace & Defence European industry.

BoostAeroSpace promotes and markets a range of collaborative and secured services, developed and sold by services providers, in the domains of Product Lifecycle Management (PLM), Supply Chain Management (SCM) and global collaboration.
In this context, BoostAeroSpace supports deployment of :

BoostAeroSpace also develops, sales and deploys secured products or services for the Aerospace & Defence European industry. With the objective to improve performance and security of this Supply Chain, BoostAeroSpace proposes: 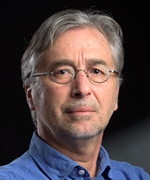 Patrick Fanget started out his professional life as a drilling engineer within TOTAL, a French petroleum company. He joined AEROSPATIALE in 1986, Systems and Services Division, where he had appointments in Product Support, Contracts management and Procurement. He became Vice President of Systems and Equipment Procurement within Airbus France in 1998 up to 2006 where he had to manage the calls for tenders of the A380 and A400M systems. Then he was nominated as Senior Vice President of Airbus Propulsion Systems Procurement, where he managed the selection process of the engines and nacelles for the A350XWB and the A320 Neo. Before being nominated as President of BoostAeroSpace in November 2016, he was Senior Vice President of Airbus Group General Procurement since 2010. Patrick graduated from a French engineering school (Institut Polytechnique de Grenoble) and has a MBA in Management from the Institut Français de Gestion.

Jean-François joined Dassault Aviation in 1984 as a CAD-CAM Research & Development engineer before to hold in 1989 Digital Mock-Up deployment responsibilities (for Rafale and Falcon 2000 aircrafts). He was also in charge to chair European projects related to Concurrent Engineering.
In the early 2000s he joined the Falcon 7X team as Technical Program Manager in charge of maintenance and in 2006 the Falcon 5X/6X team as Technical Program Manager in charge of Design methods (Airframe, Systems, Logistics). This experience led him to become Digital Transformation Officer with specific scope on Configuration Management for processes and programs in 2016, and Dassault Aviation representative for specific exchange within the International PLM-Action Group.

Jean-François graduated from the French Mechanical engineering school “Arts et Métiers” and from the American University of Paris (BA in International Business Administration). 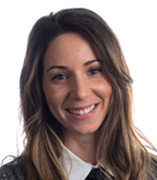 Anaïs is graduated from Toulouse Business School, a degree that she obtained in apprenticeship as Lean Project Leader within Safran Electrical & Power. She started her professional career in Altran Group. First as a Supply Chain consultant, she became then a Business Manager in the domains of industrial performance (mostly related to procurement, manufacturing and quality projects) in the Aerospace and Defense industry.

Anaïs joined BoostAeroSpace in March 2019 and is now responsible for our Commercial and Marketing activities. 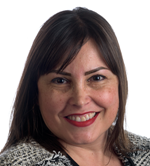 Anne Carrere started out her professional life early 1995 at PepsiCo as a Marketing and Sales Administration Analyst.

After 2000, she worked mainly in the aeronautical field for industrials such as Airbus, Safran and Latecoere, holding missions like contract management, project management, sourcing strategy set up, call for tender process, risk management assessment, procurement…

She also worked for Internet startups as communication and content manager.

Anne earned a Master in International Trade and Marketing from ISEG Group. 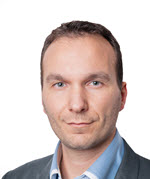 After a professional Master’s degree in “Telecommunication and Computer Networks” at the University of Toulouse in Alcatel-Lucent where he specialized in security Romain started his career at CapGemini Sogeti as security engineer for the Airbus ICT department. He spent 5 years working for Airbus SAS before being offered to join Airbus Defense and Space CyberSecurity as BoostAeroSpace Security Officer.
Since 2011, he is officially responsible for the coordination of the security activities of BoostAeroSpace and validated his security skills through mandatory International certifications such as ISO27001 Lead Implementer and Certified Information Security Professional (CISSP).
Recently, in 2014 he supported Airbus Group CyberSecurity as program manager during 1 year before moving officially to BoostAeroSpace SAS as Chief Information Security Officer.

Christophe Rodrigues is a senior PLM project manager with more than 15 years experience. He started his career in 2003 at Dassault Systèmes where he spent 8 years as consultant. He has gradually become a specialist in the A&D and had the chance to share his knowledge in PLM projects for the following companies AIRBUS, DASSAULT AVIATION and BAE SYSTEMS. He has also developed an expertise in the area of electrical system design.

In 2011, Christophe joined GOODRICH ACTUATION SYSTEMS, a leading aerospace manufacturer, to define and implement the PLM strategy within the European sites.

In both experiences, he took on the dual role of Project Manager and PLM Application Manager.

He joined BoostAeroSpace in April 2019 and took over Product management activities for AirDesign and AirCollab. 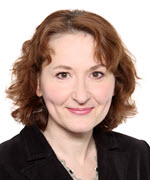 Nadège brings over 20 years of administration experience from various positions in the automotive and business consulting, including positions at Ernst&Young as well as Renault. She is supporting the day-to-day operations of BoostAeroSpace in Suresnes. 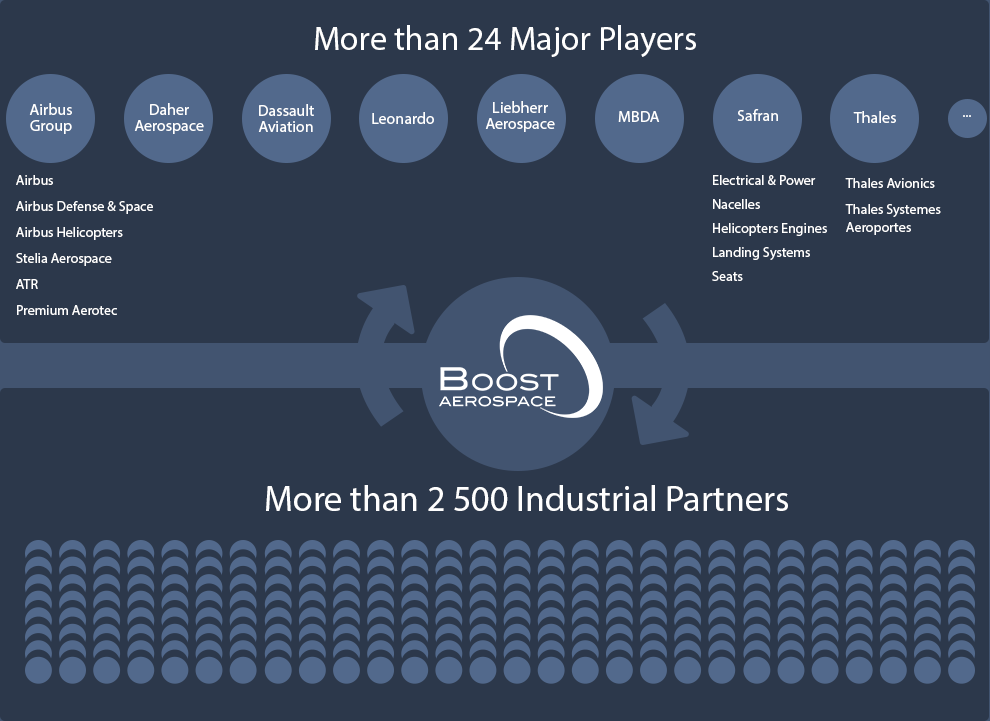